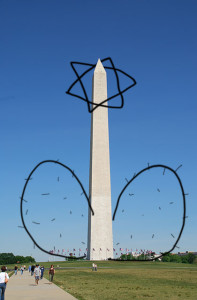 Follow me
It was reported in the Washington Jewish Week on February 19, 2015 that during the hearing in which Fatso pleaded guilty to 52 counts of misdemeanor voyeurism, the presiding Judge Geoffrey Alprin, who is scheduled to preside over the sentencing hearing on May 15, addressed the defendant as “Rabbi”. “Rabbi” is not a legal form of address and is not how the defendant’s name appears in the docket. Consideration of the status of a clergy is a matter of personal opinion, not legal fact. Addressing the defendant as “Rabbi” indicated that the Judge had a personal consideration of the defendant as a Rabbi.

Additionally, when scheduling the sentencing hearing Judge Alprin only allotted 4 hours, from 1pm to 5pm, for victims to give impact statements. There are potentially 152 people who want to give impact statements and that is an insult. These actions demonstrate a bias by Judge Alprin in violation of the Code of Judicial Conduct of the District of Columbia, Rules 2:3 {A,B} (A judge shall not, in performance of judicial duties, by words or conduct manifest bias or prejudice…) and 2:11{A(1)} which states:

“(A) A judge shall disqualify himself or herself in any proceeding in which the judge’s impartiality might reasonably be questioned, including but not limited to the following circumstances:

(1) The judge has a personal bias or prejudice concerning a party….”

In an effort to ensure the integrity of our judicial system, this letter (edit as you see fit) has been prepared for Jewish Justice followers to send to Judge Alprin’s chambers, the Chief Judge of the DC Superior Court, Judge Lee Satterfield and the Commission on Judicial Disabilities and Tenure, which is responsible for investigating cases of judicial misconduct. Please send the letter to all three parties. International followers of Jewish Justice are strongly encouraged to send the letters to show the Judiciary that the world is watching.

Additionally, it was reported that many of the victims were told by prosecutors that submitting a photograph of themselves was not required in order to have their case prosecuted. However, the plea deal only included cases where a photograph was submitted. If you were told this by a prosecutor, that prosecutor may be in violation of the D.C. Rules of Professional Conduct for attorneys, specifically Rule 3.8(a), which states:

“The prosecutor in a criminal case shall not:

(a) in exercising discretion to investigate or to prosecute, improperly favor or invidiously discriminate against any person;”

“It is professional misconduct for a lawyer to:

If you were spoken to while not being represented by an attorney, the prosecutor may also have been in violation of Rule 4:3 (b), regarding an attorney’s obligations when dealing with an unrepresented person, which states:

If you feel you were lied to or misled by any prosecutor in this affair, you should file a complaint with the D.C. Bar with this complaint form. You can also visit the web site of the D.C. Bar for more information.

After this May 15, you won’t get another chance to redress any of these grievances in any meaningful way. Wake up and smell the coffee!